Home » News Articles» MHC has it all for recreation!

MHC has it all for recreation! 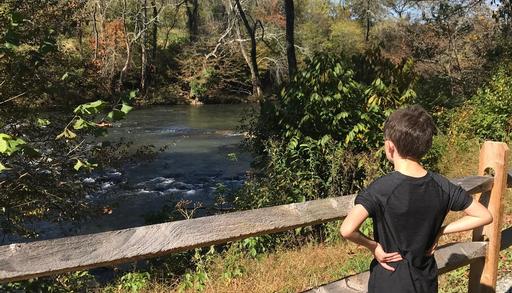 The recent well-deserved attention given to Lou Whitaker on his induction in the Detroit Tigers Hall of Fame has also brought attention to the rich athletic history of the Martinsville-Henry County region.

For those unfamiliar with Lou’s story, here’s a quick snapshot: Lou graduated from Martinsville High School in 1975, after a stellar career with the Bulldogs baseball team. I was lucky to see that career up close, as I had the privilege of playing on that same team with Lou. Actually, to use the word “playing” is a bit lenient – I had the privilege of sitting on the bench my freshman year and watching Lou do unbelievable things on the baseball field.

I remember the spring of 1975 so well – the parade of professional scouts coming to our practices and games and watching how Lou seemed unaffected by it all and played like the superstar he was. The Detroit Tigers were impressed too – they drafted Lou in the fifth round of the 1975 Major League Baseball amateur draft, and three summers later Lou was voted American League Rookie of the Year.

Lou finished his career with the Tigers in 1995, after five All-Star game appearances and playing a vital role in the Tigers' 1984 World Series title. He won three Gold Glove awards for fielding prowess and four Silver Slugger Awards for being the best-hitting second baseman in the league.

We have more than 11 miles of walking trails with the Dick and Willie Passage, which meanders through the city and the county from the Smith River Sports Complex to the busy Virginia Avenue commercial corridor. A new section of the Dick and Willie is just about to begin construction from Spruce Street to Mulberry Creek near the City of Martinsville garage.

That Smith River Sports Complex (SRSC) facility I mentioned? It is a jewel, consisting of two state-of-the-art artificial l turf fields with lights; four other grass fields; walking trails; a golf driving range; and an amphitheater/festival grounds near the Smith River. The Complex is routinely booked every weekend for college and high school events, local soccer and T-Ball leagues, and parties at its various shelters.

Our local governments have robust offerings for the community. The City of Martinsville partners with the Henry-Martinsville YMCA for a variety of programs for young and old. The Henry County Department of Parks and Recreation offers multiple programs too, and also plans and presents an old-fashioned County Fair each September.

Martinsville Speedway also serves M-HC by being the home for many community events, including Breast Cancer Awareness Month and for a children's toy drive in December.Then there's Fairystone Park, Philpott Lake, J. Frank Wilson Park, Jack Dalton Park, and so many other great venues that I can't fit into this space. We also have a rich history of high school athletics and multiple state titles in multiple sports. Patrick & Henry Community College is a member of the National Junior College Athletic Association and its baseball and soccer teams are among the best programs in the NJCAA.

We have two public golf courses and one private golf course. Chatmoss Country recently played host to the GPro professional golf tour and the players were highly impressed by the quality of the club, the course, and the people.

I'm out of space, but I haven't covered all of the opportunities we have to offer. I guess you will just have to visit M-HC, or make an effort to get out more if you already live here, to see it all for yourself. You won't be sorry.